Location: Concert will be held in the Harbor Light Church Sanctuary

Retirement reception immediately following the concert at the Sherry Miller Employee Plaza. All are welcome to join us for refreshments in honor of Mr. Guzman's time with FCS.

Tickets: Tickets are available at $10 each and can be purchased from Centerville Presbyterian Church Office, Fremont Christian School - Secondary Office (Call for availability at 510.744.2280), or at the door.

Gift: A few people have asked about gift ideas for Mr. Guzman. If you feel so inclined to provide a parting gift, he has politely requested gift cards to Lowe's Home Improvement. The next project for him and his wife will be working on their house and Lowe's is the closest store to their new home.

We are so appreciative of Mr. Guzman's 36 years dedicated to FCS and we all wish him well into this next stage of life. Please come support his final concert and say farewell.

We are very happy to announce our 2019 Dixie Dominus CD! This group has been working very hard on producing it.

Pick up a copy of your own for $10 at the Secondary Office. (Price increases next week.) 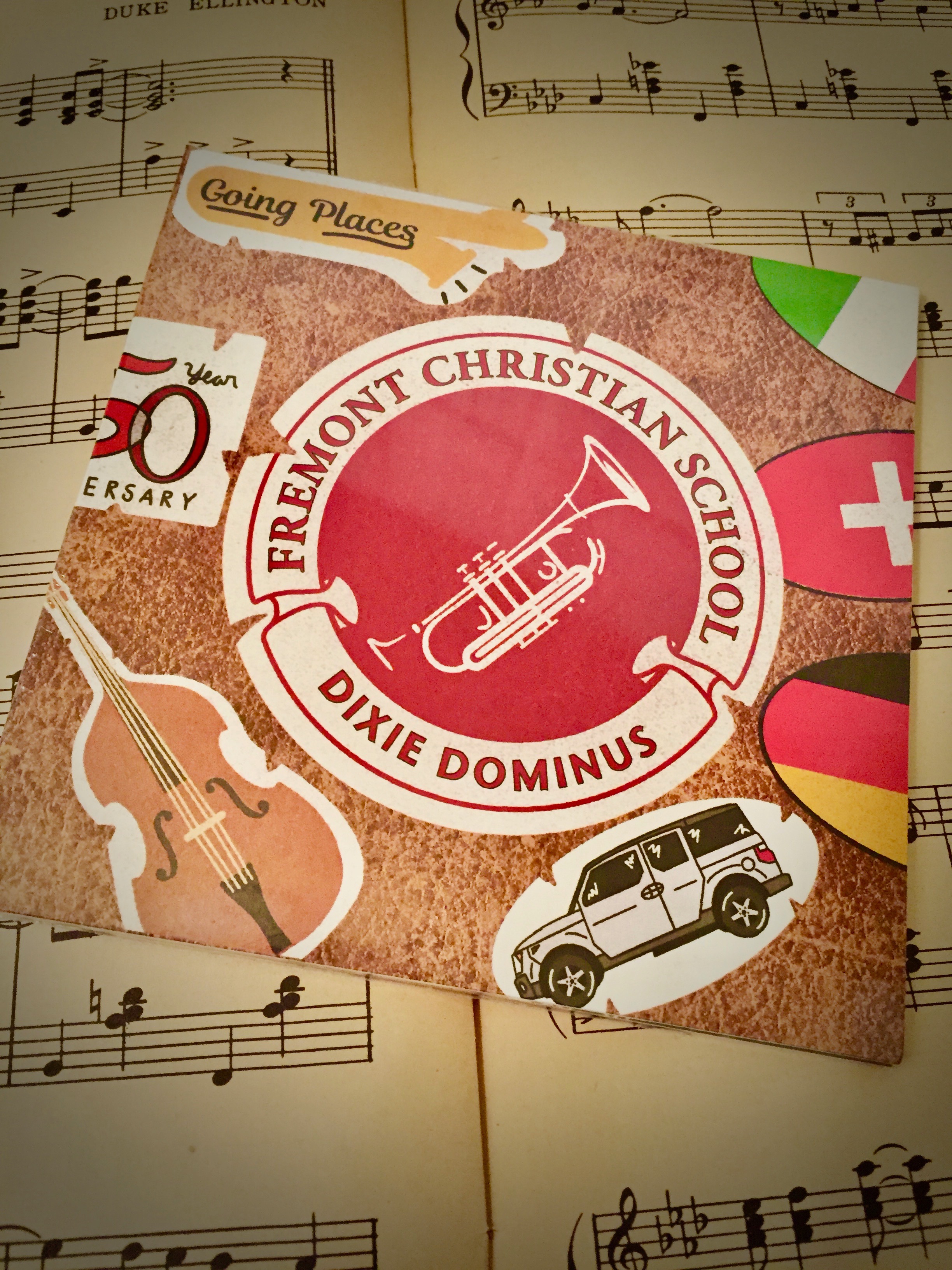 The Dixie Dominus Traditional Jazz Band will perform their final concert featuring an eclectic repertoire, ranging from traditional jazz standards and show tunes, such as “The Room Where It Happens” from Hamilton, to worship songs, like “All My Hope” by David Crowder.

There will also be some surprise special guest alumni performing - come see to find out who! The concert will be held Saturday, May 26 at 7:00 PM at Mission Coffee Roasting Company.

Concert admission is $15 and proceeds will go to help the band in their future projects.

Our Vocal Ensemble will be performing on May 25! Purchase tickets for $15 for the one-time only performance at 7:30 PM.

Last week, the high school choirs traveled to Pasadena for the Association of Christian Schools International (ACSI) Senior High Musicale in Southern California. Joining with other high school choirs from California, the students participated in a two-day festival which finishes in a concert featuring all of the 600+ students singing together.

"ACSI Musicale is a two-day choir festival that culminates in a public Command Performance and Sacred Concert in which all choirs are combined. Each choir, regardless of size, must memorize the six (6) combined songs chosen by the guest conductor. Each choir will also be adjudicated by the guest conductor on two (2) of their own selections. Musicale also features adjudications for chamber choirs, large ensembles, small ensembles, sacred classical solos, and gospel solos.

This is not a competition. Choirs, ensembles, and soloists are adjudicated by the guest conductor or guest adjudicators, and received oral and written evaluative comments."

This year, both our Concert Choir and Living Water Ensemble each earned a Command Performance. A couple of our students also earned solo Command Performance — congratulations to Keren G. and Madison G.! One student noted that judges were brought to tears due to an excellent performance from FCS.

A big congratulations to Mr. Guzman, Ms. Sondra, and every student. We've seen the hard work that each person puts in to make this run smoothly.

FCS has multiple bands for our students. One of the most advanced bands is the contemporary jazz band, Dixie Dominus. The members of Dixie come to practice early each morning – 7:00 AM! They’re on campus for practice Monday through Friday during the whole school year.

We’re nearing the end of the school year, and Dixie is still going strong. They’ve had performances throughout the school year, even during weekends; located on-campus and off, traveling out to San Francisco and beyond. They will have their final school year performance on Thursday, May 25.

Most of these students are involved in other school activities as well, such as athletics, clubs, and other fine art options. Each member of Dixie shows their great dedication with their commitment to practice and the quality of their music.

Let's not forget our wonderful band director, Mr. B. If the kids come at 7:00 AM, one can only wonder what time he comes in to prepare.

Senior Spotlights: Jake Meyer and McKenna Nolasco
S.T.E.A.M. Showcase 2022
5 Benefits of Play in Your Child’s Development
Highlights From the First Half of the School Year (2021-2022)
Congratulations, Alice Zhou!